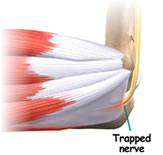 Cubital tunnel syndrome is caused by compression of the ulnar nerve, one of the main nerves that goes to the hand, at the elbow. The symptoms of cubital tunnel syndrome are numbness and tingling in the fingers (mainly the little and ring fingers), weak grip and pain in the hand and arm. Symptoms may be worse when the elbow is bent, for example while on the phone, and also at night. 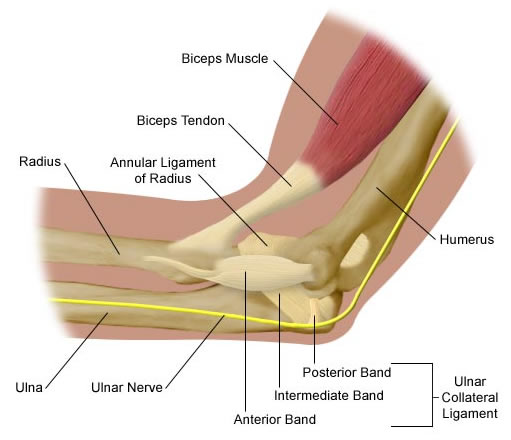 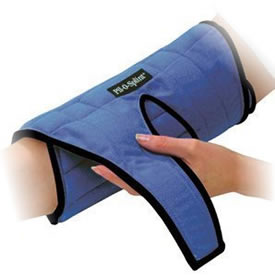 Mild cases of cubital tunnel syndrome, particularly when the symptoms occur mostly at night, may settle with wearing an elbow splint at night for a few weeks. My hand therapist can make a light-weight custom made splint. Most patients with cubital tunnel syndrome will require surgical treatment. Surgical treatment involves 'decompression' of the ulnar nerve. There are several variations of how this is done as far as the surgical technique is concerned. The operation is done under general anaesthetic as day surgery. An incision about 8cm long is made behind the elbow. As a plastic surgeon I am very meticulous with my stitching and I will ensure that the scar is as good as it can possibly be. A bulky soft dressing is applied to limit how much the elbow bends for the first week after surgery, and following this, the arm can be used for light activities. Hand therapy is important to ensure the shortest recovery time after surgery.